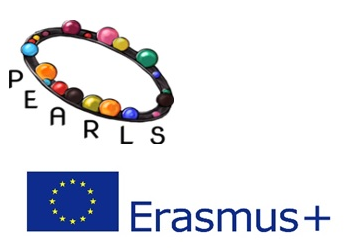 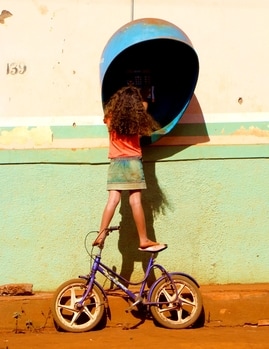 Leibniz University Hannover, Germany
Institute for Civic Education (IDD)
Prof. Dr. Dirk Lange
Coordinator of the project is the Institute for Civic Education of the Leibniz University Hanover in Germany. The university was funded in 1831, nowadays it has 21,000 students and 4,700 staff members. Didactics of Democracy describes the scientific examination of a “learning democracy”. Students who will become teachers for civic education are enrolled here. Active citizenship it the focal point of teaching and researching. The Institute has a strong record of developing educational tools, curricula and teaching material.


Humanistic Association Germany, section Lebenskunde
Sandra Moßner and Bernhard Stolz
The purpose of our association is the promotion of humanism and humanity on a secularized basis. In Berlin-Brandenburg the HVD section has 1200 employees.
Scope of our work:
- Counselling with regard to patient’s provision
- Responsible for 25 kindergartens in Berlin
- Teaching the subject “Lebenskunde” (similar to ethics) in primary schools in Berlin

The teacher training department of the Humanistic Association of Germany (HVD), section Berlin, is engaged in various European networks and projects on the topic of migration. With the subject “Lebenskunde” we reach 50,000 pupils in Berlin and Brandenburg, it deals with ethical and moral learning from a non-religious perspective. The human rights convention from the United Nations is one of our guidelines. Anti-discrimination is an important topic in our teaching as well in our national and international teacher trainings. The latter we provide regularly as Erasmus KA1 courses in Afacan/Turkey.


Artemisszió Foundation, Hungary
Erzsébet Csáky and Zsuzsanna Komjáthy
Artemisszió is a private NGO established in 1998, with 17 full time employees. It aims to encourage continuous dialogue between culturally and socially diverse groups. We have three main sectors of work: integration of marginalized groups, adult training and school programs.
Our activities have an international scope: we have a wide network of social partners in Budapest, we are active in the impoverished regions of Hungary, collaborate with other NGOs from diverse European and non-European countries (e.g. Brazil, Colombia, Sierra Leone). The Foundation is member of the Hungarian Hub of the European Migration Network, the Anna Lindh Foundation and the Global Education Working Groups of Hand (the national NGDO platform).


Losconi primary school, Hungary
Piroska Czifrik and Tímea Kiss
The school is located in the 8th district of Budapest. It has 550 pupils who predominantly derive from a disadvantaged socio-economic background, the share of Roma children is 60%.
Losonci has 66 teachers, who permanently look for new possibilities in order to support their pupils. For example they establish ties to civic institutions, like foundations, sport associations, museums, the Hungarian chess association etc..
The work atmosphere among the teachers and between the teachers and the headmaster, Csilla Stenzinger, is very good - and a good condition for dealing with the problems of the students. Moreover team teaching is applied in classes 1 to 4, this approach will be incorporated in the PEARLS teacher further training.


Tekirdağ Romans Aid and Solidarity Association, Turkey
Necmi Gündüz and Semih Marangoz
Our association was founded in Tekirdağ in 2010, which is situated at the north coast of the Marmara Sea.The city (150,000 inhabitants) has two main neighborhoods where Roma people live. These neighbourhoods have been transformed into places where people suffering from poverty. The low attendance rate to schools and early school leaving are crucial problems which contribute to the poverty trap. Our association aims at developing a network between Roma people, the public institutions, and the non-Roma people. Here one of our objectives is the improvement of the educational situation among the young Roma people.


Mustafa Necati Primary School, Turkey
Özlem Oktay
Our school has 150 students, aged 6 to 10, all are from Roma communities.
We also have 15 pupils with disabilities, they are supported by members of a social work institute, this support is not comparable to western European standards. The Mustafa Necati school is located only two kilometres from the Greek border, it belongs to the Marmara region of Turkey.
Only 5% of the parents have a regular job, the others have occasional jobs or depend on small welfare from the state. These conditions have a negative impact on the performance of the pupils. In order to improve the situation we provide, on a small scale, extracurricular activities, like singing, dancing and theatre. As a partner in the PEARLS project we will extend these offers.
Moreover we work together with the Edirne science lycee which has 382 pupils (age between 14-18 years) and 34 teachers. During the project period of PEARLS we want to colllaborate with other institutions as well, thus a network for supporting our pupuils will be established.


Association „Gipsy Eye“, Romania
Ionut Stan
Gipsy Eye is a grass roots organization, the members are from several societal groups like university, high school but also less educated young Roma. Our motto is “see beyond prejudice”. Gipsy Eye was founded as an informal group in 2007 by the initiative of six Romani students, in August 2008 it became an official NGO. It is based in Iasi, in the north-east of Romania, which belongs to the less developed regions of the country. However Iasi plays an important role in the Romanian cultural and economic life (i.e.: Iasi is the third biggest university centre after Bucharest and Cluj). Five percent of the Romanian Roma live here.
We aim to combat prejudices against Roma by the following:
- Supporting Roma children for having equal access to education
- Preventing drop outs of Roma pupils by mediation and training of teachers
- Encouraging Roma girls to become role models and to be active in projects
- Enhancing Roma identity in Romani youth by giving knowledge of Romani culture and history


Scoala Gimnaziala Cozmesti, Romania
Angela Casariu
The Cozmesti School is located in the east of Romania in the Moldavian region, it has 316 pupils, aged between three and fifteen years. They come from different social environments, in most cases they are considered as ‘disadvantaged’. The school is divided into nursery school, primary school and gymnasium, it is well equipped (projectors, laptops, new furniture, modern teaching material). A kindergarten belongs to the school as well, it has a very good reputation throughout the country.
With the financial support of the PEARLS project, the school board aims to involve more disadvantaged children in projects and partnerships in order to prevent the early dropout, especially among the Roma community. Two teachers also derive from Roma communities, which is exceptional for Romanian schools. This is an advantage in order to reach Roma children and their parents.


Education and Teacher Training Agency, Croatia
Nevenka Lončarić-Jelačić
The Education and Teacher Training Agency (ETTA) is a public institution responsible for professional and advisory support in the area of general education in Croatia. The professional staff of ETTA are 110 senior advisers working in the central office in Zagreb. Besides professional support for educational staff the scope of our work is:
The education of Croatian citizens abroad and the education of foreign nationals in Croatia,
participation in the development and implementation of the national curriculum,
monitoring the development and implementation of Croatian National Educational Standard as a part of the national curriculum etc.
Since 1999 we are responsible for the implementation of the national curricula for human rights education and for implementation of the curricula on active citizenship education. The National Plan of Action for Roma Inclusion (2005-2015) as well as other important national documents are implemented through this curriculum.